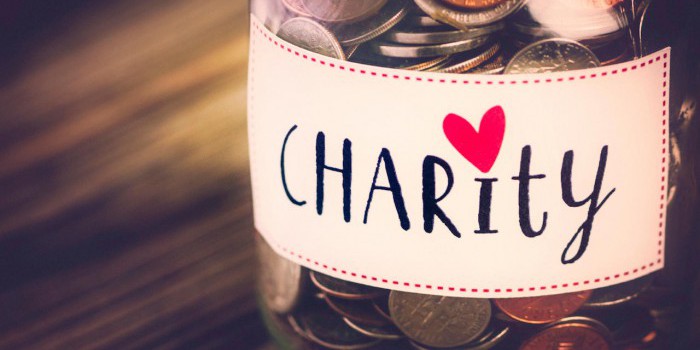 In the 12-months of 2015, myself and 11 other comrades embarked on a commitment of Effective Altruism.

Our pledge was to donate a percentage of our monthly wages to charities that are capable of making the biggest impact at the lowest cost. Embodying the very nature of the phrase “more bang for your buck”, we paid money to those organisations who could save, or at least drastically improve, the most lives.

END_OF_DOCUMENT_TOKEN_TO_BE_REPLACED

It was in February 2014 that I first heard about Peter Singer’s The Life You Can Save, and I have not looked back since.

I was, unfortunately, stuck at home living with my family in South Wales, in a similar position to many university graduates; hunting for a job, lacking any money, and with no real direction.  Despite the fragile state of my finances at the time, having to rely on Job Seekers Allowance whilst I sought employment, The Life You Can Save (TLYCS) really struck a chord with me, and I took the pledge immediately after I finished reading all the information on the site.

Charitable and voluntary work have always been activities that I have taken great pleasure involving myself in. Following my time in university I embarked on a six-month voluntary placement in Ankara, Turkey, in order to help out at a youth centre. Whilst there I was also able to establish a small aid giving project of my own that helped Syrian refugees who had had their lives devastated by the conflict raging across the border. It was named Do What You Can, which has since become a mantra that I try to follow in whatever I do. Following those experiences I knew that helping others was a duty that I had to perform.

As well as participating in such activities I have always been fascinated by the concepts and theories behind such actions. Why do we do what we do? Is there such a thing as true altruism? I experimented with a few things myself during my time in university, participating in small projects of my own in order to see what was possible. Monthly donations to charities, participating in charity fundraising events, and giving out roses to members of the public on Valentine’s Day free of charge. It was always a case of “what can I do to improve this world?”

No doubt my time in university laid the foundations for the work I was to do later in Turkey and in Syria. The seed had been planted, and as the years progressed it began to sprout and grow. Signing up to TLYCS can be seen as simply the next step in this process.

So, back to 2014. My measly weekly income of £57.35 did not go far, but what little income I did receive, I made sure that I honoured my pledge. 3% of anything that went into my bank account would then be donated to my chosen monthly charities. For a good few months, times were very tough. I was lucky in that I had a caring family who were able to support me through my unemployment, as without them I would have struggled tremendously. Eventually I found a job, and life became slightly easier again.

This job brought with it greater income, and as well as making my life easier, it also meant that my chosen charities were receiving more money from me each month. A true case of “everyone wins.”

As the year progressed, circumstances changed, and big changes occurred. I left the family home in Swansea, Wales, bought a one way ticket to Brighton on the south coast of England, and began to start living the life I wanted to live. A new job soon followed, as did a house with some incredible housemates. By the end of 2014 I had found myself in the most open, liberal, and progressive city in the UK – a place I had fallen in love with when I was at university – and was working in the non-profit sector for a renewable energy charity. (Check us out if you get the chance, we are called Renewable World).

As 2014 came to a close my life was coming along nicely. But more important than how content I was with my own existence was the fact that in the 12 months of that year I had been able to give a total £268.02 to my chosen charities. A figure which doesn’t seem like a lot, but when it represents 3% of my entire earnings for the year, you can understand how difficult my own situation was at times.

For Christmas of that year I requested, and received, a number of books on charitable giving and philanthropy. Once I had looked through these I knew that it was time to progress once again.

Though 3% of my earnings for 2015 would be a higher amount than what was given in the 12 months previously, I didn’t feel it was enough. In the spirit of Do What You Can, I knew there was greater potential to do more. It was for this reason that as well as reaffirming my own pledge I then actively recruited friends of mine to take the pledge themselves. Knowing the tremendous difference that donations can make, and as this personal project was very much related to TLYCS, I chose to call it The Lives We Will Save.

I set about recruiting, and by mid-January I was joined by 7 of my friends. All of them had taken the pledge and had committed to giving 2, 3 or 4% of their monthly income. At the time of writing, the 8 of us have just received our first pay checks of the year, and true to our pledge we have all donated a percentage to the charities listed on TLYCS. The total amount donated in January alone has already surpassed the £200 mark.

This is just the beginning of something that I hope will grow and attract more like-minded people over the next 12 months. Individually I was able to make a small difference by donating my own money, but collectively, as a group, the members of The Lives We Will Save are set to make an even greater difference. By the end of February, the group will have already given away more than I did in the entire 12 months of 2014. As the months pass I hope the group will expand in numbers, with more people coming on board and wanting to be a part of something that truly makes a difference.

As an initiative, TLYCS is truly incredible. It is moral, admirable, and open to absolutely anyone, no matter where they live in the world, and no matter their financial situation. As Singer himself has said, we as humans have a duty to help our fellow man and woman, I aim to dedicate my life to this cause, and if I am able to persuade a few comrades to join me along the way then that is even better.