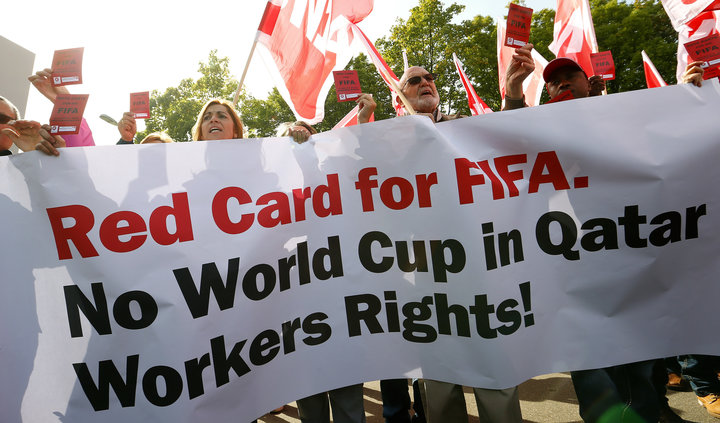 Having been a rabid football fan for as long as I care to remember, following my infection as a child, the FIFA World Cup has almost always been something to look forward to. The greatest sporting spectacle on Earth.

I remember “staying up late” to see an 18-year-old Michael Owen charge through a helpless Argentine defence, that David Beckham petty kick and resulting red card, and England’s eventual loss on penalties in 1998.

I remember skipping school to watch them compete in Japan and South Korea four years later. Ronaldo’s questionable haircut. France being humbled by Senegal in the opening game of the tournament. And joining David Seaman and watching in disbelief as Ronaldinho’s speculative free kick sailed over his head into the corner of the net. I am still not sure if he meant it, you know…

Zinedine Zidane’s infamous extra-time headbutt in the final followed four years later. Germany and Frank Lampard’s ghost goal came after that in South Africa with its droning vuvuzelas and its wonderful, erratic jabulani in 2010. And then the humiliation of Brazil and the tears of disbelief and horror from the home crowd at half-time on the way to a 7-1 loss in 2014.

Russia in 2018 was where the FIFA World Cup lost me.

Vladimir Putin’s dictatorship, corruption, and human rights violations were widely known by this point. Chechnya had been attacked and blanket bombed, Georgia too had been invaded. Alexander Litvinenko had been poisoned in London in 2006, Boris Nemtsov assassinated on a bridge in Moscow in 2015.

That same year, they intervened in Syria, bombing civilians with missile strikes and propping up the blood-soaked, torturous regime of Bashar al-Assad. The year before, the Ukrainian territory of Crimea had been annexed by Russian military forces.

Events on the pitch took a backseat. They had to. It was impossible to set aside the context in which this sporting event was taking place.

I don’t recall a single game from the tournament in Russia. I made little-to-no effort to watch any of the matches, but admittedly caught some of the games with friends at social events and in bars. There wasn’t an official boycott by myself at that point – though, on reflection, there certainly should have been – but I had certainly tried to put some distance between myself and the sportswashing, soft-power circus that was the tournament.

And now we have Qatar. Furnished with stadiums built on the corpses of modern slaves and hosted in a society where the risk of the death penalty hangs over your head if you are LGBTQ+.

It’s a flat no from me. Not a single minute. Not even a news article.

One thought on “A FIFA World Cup Boycott”