If Liverpool are to reach anywhere near the standards they did last year, they need to use the memory of Crystanbul as motivation. In order for Brendan Rodgers and co to take the step from good to great, they must constantly remind themselves of a night in London they would rather forget.

In the hovel of a living room in which I spent many happy hours of my final year of university, there sat a handful of students, their eyes fixed on the television that was in front of them. I remember it quite clearly, it was the final day of the Premier League season and Manchester United were seconds away from winning their twentieth title. The final whistle had gone at the Stadium of Light, Phil Jones was already celebrating, and as a Liverpool fan, I was less than pleased with the days events.

His rifled right-foot shot flew past Paddy Kenny in the Queens Park Rangers’ goal, and before anyone knew what had happened, Aguero had wheeled away in celebration. His twenty-third goal in the league that season had come from a Mario Balotelli assist. It was Balotelli’s only assist of the entire campaign. 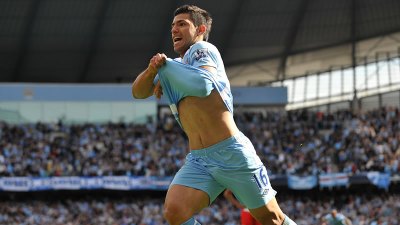 The now iconic moment where Manchester City scored the most dramatic of late winners, lifted us all from our seats and our shouts almost took the roof off the house. With looks of wide-eyed wonder we were unable to comprehend just what had happened. It was surreal, it was unbelievable, and it was brilliant.

As we watched the results roll in on Sky Sports News, the final seconds of the season ticking away, Paul Merson exploded into incomprehensible screams and shouts. He completely abandoned any professional decorum that may have been expected of him, and became just as much a football fan as we were at that moment. “Unbelievable Jeff” had never been a more appropriate term to use.

As Merson struggled to get his microphone back on to his tie, the Manchester City fans pictured in the crowd behind him were dancing  in celebration. Chaotic, blissful madness had broken out in the Etihad, their 44 year wait had finally come to an end.

As is always the case, when there are winners there are also losers, and the losers on that day – if you can call a second place Premier League finish losing – were Manchester United. In stark contrast to the scenes at the Etihad was the reaction of the players and fans of Man Utd. Antonio Valencia slumped to the floor, as did Patrice Evra, Ryan Giggs held his head in his hands, and as ever Phil Jones provided memorable facial expressions of his own.

To be a fly on the wall of any of Sir Alex Ferguson’s team talks would have been insightful, the final team talk of that season, particularly so. One thing that the truly great managers, and the truly great players in the game all do is that they turn disappointment and heartbreak into motivation. Losing the title on goal difference to your city rivals on the last day of the season is enough to crush any manager, and any team. But Ferguson was not just any manager.

Rather than dwell on what could have been Ferguson was pro-active. He knew his team needed more firepower in order to compete with Man City the following season, and so that summer he bought the league’s top goalscorer for a cool £24 million. Robin van Persie arrived off the back of an astonishing season with Arsenal where he scored 30 goals in 38 games.

Upon completing the signing of Van Persie, Ferguson vowed never to lose another league title on goal difference. ITV reported that the loss of the title to Man City was so painful that it had “eaten away at Ferguson throughout the summer”. It was for this reason that Ferguson abandoned his policy of not buying ageing stars and brought the 29 year old Dutchman from The Emirates to Old Trafford. Ferguson said: “”No matter the years of experience we have had in terms of winning titles, last year was different. It was the first time anyone has beaten us on goal difference. It cost us the league and it won’t happen again, trust me on that.”

How right he was. The 2012/13 season saw Man Utd romp to the title, scoring 86 goals in the process, going on an 18 game unbeaten streak, and finishing nine points clear at the top of the table. Sir Alex Ferguson finished as Manager of the Season and his star summer signing, Robin van Persie, finished the league’s top goalscorer with 26 goals. What a difference a year had made.

Andrea Pirlo too, is no stranger to heartbreak. The true greatness of the man is evident in the way he picked himself back up, dusted himself down and took his game to the next level after that famous Champions League final in Istanbul. In his autobiography, Andrea Pirlo describes the performance of his team in the final as a “mass suicide”, and said that Liverpool had “mentally destroyed [them]”. He said that he and his teammates had “invented a new disease with multiple symptoms: Istanbul syndrome”.

At that point in his career Pirlo contemplated leaving the game. He said that “he no longer felt like a player… but even worse [he] no longer felt like a man”. He said: “The only possible solution I could think of was to retire. And what a dishonourable retirement it would have been”. Luckily for his teammates, and for us, he chose not, and instead used that memory as the motivation he needed to succeed at the highest of levels. Since that historic night in Turkey, when he questioned his future as a footballer, Pirlo has won the Serie A four times, the Champions League once, the World Cup, and a host of other awards. 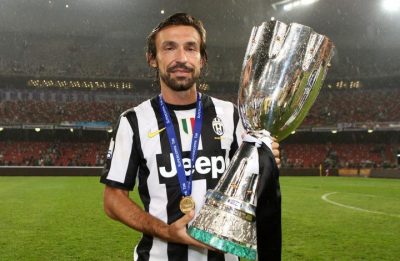 Like a phoenix rising from the ashes, the greats of the game refuse to stay down. Whether it is Ferguson vowing to reclaim the title after losing it on goal difference, or Pirlo determined to make amends for his lowest moment as a footballer, heartbreak was used as motivation. It is this lesson, and the examples of those that have come before, that Rogders and the rest of the Liverpool team should bear in mind.

As manager, Rodgers must attempt to harness the pain and the suffering of that 3-3 draw with Crystal Palace, and use it to Liverpool’s advantage. Though Luis Suarez is gone, and there are a host of new faces, the core of the team will no doubt still have vivid memories from that night at Selhurst Park. It is how these players use the memories that may define what happens with Liverpool’s season.

This article was originally published on TitanBet on 28/9/14

One thought on “Why Rodgers Must Never Forget Crystanbul”