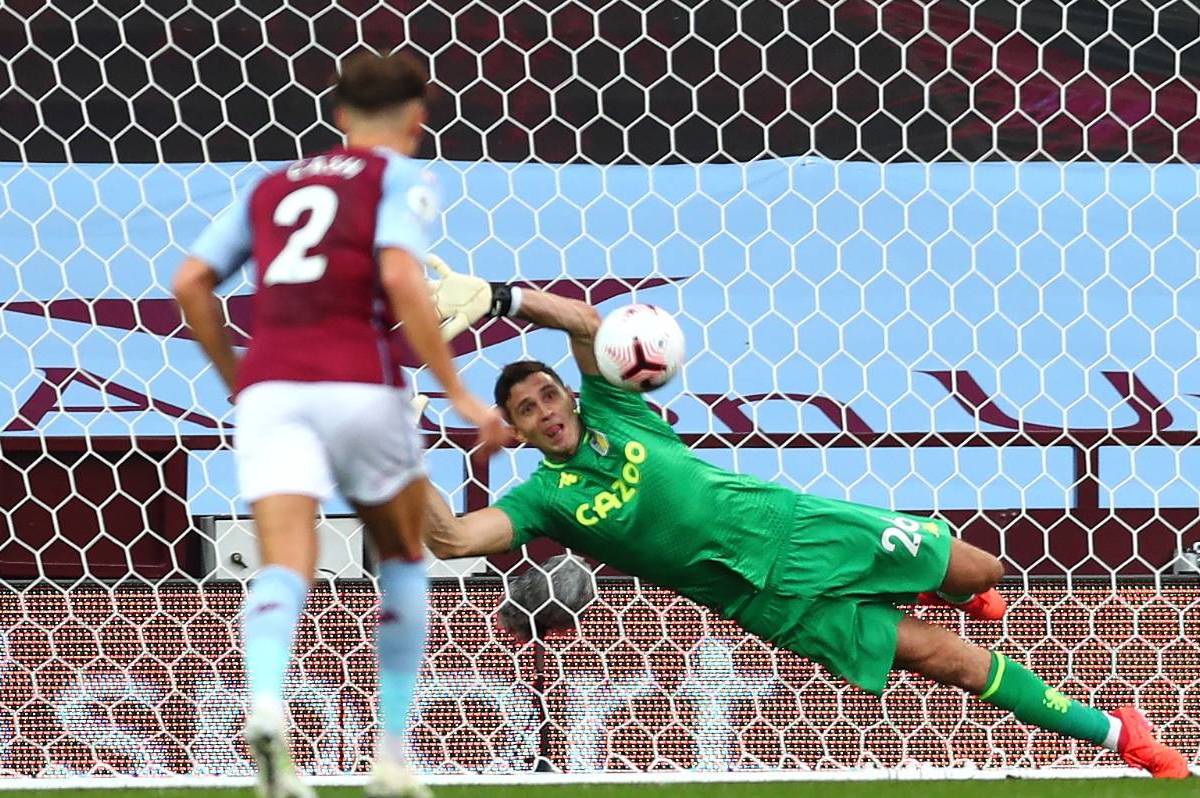 At 22 minutes past nine on Saturday evening, referee Michael Oliver’s whistle blew and the inevitable social media outrage commenced. A throw in, an apparent tangle of legs, and a penalty to Manchester United, duly converted by the new saviour of The Red Devils, Portuguese midfielder Bruno Fernandes. It was his 11th goal in the Premier League this season and the 5th he has dispatched from the penalty spot.

The goal won United the game and saw them draw level on points with Liverpool at the top of the Premier League table.

After the game, both the Aston Villa midfielder Douglas Luiz and his manager Dean Smith were critical of Paul Pogba’s tumble and Oliver’s decision to award the penalty on the hour mark at Old Trafford. By that time, social media was already abuzz with talk of a bias towards United. A continuation of the apparent favouritism shown to them last season where they had a Premier League record 14 penalties awarded to them in their 38-game season.

Whilst social media claims of a pro-United penalty bias need supporting evidence, the changing nature and role of penalties in the modern game is now surely obvious for all to see.

Any decision which has the potential to turn a game on its head so rapidly will always be a topic for debate. But the subjective nature of penalties, along with the increasing role of VAR in Premier League football, seems to be pushing these incidents into the headlines with increasing frequency. Love them or hate them, penalty decisions are here to stay and they are fundamentally reshaping the game as it continues to evolve.

Already this season, with just 157 games played (at the time of writing), there have been 64 penalties awarded. A figure greater than the total number of penalties given in six of the 28 full Premier League seasons of the past.

They are currently being awarded at a rate of 0.41 per game, meaning they are far more common this season than any other Premier League season in history. Compared to last season (0.24 per game), penalties are being awarded almost twice as often.

The first three weeks of this season saw a spate of highly questionable penalties being awarded, and growing criticism and pressure eventually led to a decision for more lenient refereeing. In these first three weeks, an incredible 19 penalties were awarded in just 27 games. The rate of awards was a ludicrous 0.7 per game.

Even after the refereeing changed in early October, penalties have continued to be given at a rate far higher than any we have seen in Premier League history. The rate of penalties awarded has dropped by half in comparison to those first three weeks, but it has still been 0.35 per game for this period.

If things continue along this trend, and penalties are awarded at a rate of 0.35 per game, we will end the season with approximately 133 penalties awarded. This would be an almost 50% increase from last season where 92 were awarded, and over double the number of penalties awarded two decades ago in the 2000-01 season where there were 57 spotkicks.

These statistics pose more questions than answers. Are defenders being more strictly scrutinised? Is there a greater tendency to attack the box? Are attackers more prone to diving or going down easy when in the penalty area? Is it a combination of all of these and more?

Of course, there is no way of telling if these shifts are the cause of increasing penalty awards, or whether they are a result of them. Coaches and managers could highlight the increasing likeliness of a penalty being awarded and so adapt their tactics to make it more likely. Why play route one football to a big number nine, when having tricky wingers dribbling into the box may produce more favourable results?

But the increasing frequency of penalties isn’t the only trend that is occurring. Perhaps unsurprisingly, penalties are taking up a greater percentage of the total goals scored in a Premier League season.

Though it hasn’t grown at the same rate as the number of penalties awarded, the share of all the Premier League goals that are scored from the spot is creeping up as well. In the five years from the start of the Premier League in 1992-93 to the 1996-97 season, on average penalties made up 5.67% of the League’s total goals. In the most recent five years, 2015-16 to 2019-20 that share of penalty goals was almost 7%.

The trend is small, but noticeable. Increasingly Premier League teams are scoring more of their goals from the spot. This season has seen this fact develop to unthinkable heights. Whilst the 2019-20 campaign saw almost 7% of all goals coming from penalties, this season almost 12% of the 438 goals scored (at the time of writing) have been spotkicks.

Again, it is difficult to say what plays the role of chicken or egg in this 18-yard box evolution. Could it be that the increasing frequency of penalties provides easier opportunities to score? Or is it that the likes of Crystal Palace’s Luka Milivojevic and Leicester City’s Jamie Vardy are so potent from the spot that tactics change to accommodate them and maximise their ability? Could it be that some players are being picked for nothing more than their set piece ability?

But the continued evolution of penalties and the role they play in modern football doesn’t stop there. Not only are they being awarded more frequently, not only are they taking up a larger share of the total goals scored, but in what seems like a paradox, they are also failing to be converted more often.

The Premier League’s second season in 1993-94 saw Manchester United retain their title, Roy Keane become the most expensive footballer signed by an English football team, and Oldham Athletic relegated from the top division never to return. It was also the season of unprecedented accuracy from the spot. In the 462 games played that season – because there were 22 teams in the Premier League in those days – just two penalties failed to find the back of the net. Relegated Swindon Town, who finished bottom of the table, had the unwelcome distinction of missing both.

That season, a staggering 98% of penalties were scored. In the early days of the Premier League, conceding a penalty was tantamount to conceding a goal as unnerving finishing from the spot persisted year after year. The third season of the Premier League saw 94% of penalties scored, the fourth season 95%, the fifth season 95% and so it continued with lethal marksmanship and dejected goalkeepers.

As the Premier League has matured this trend has changed quite dramatically. Though the data shows that penalties are being given more often and though they make up a larger share of the total goals scored, they are now being missed or saved on a more regular basis. The days whereby a penalty decision was essentially the same as a goal conceded have ended and we are now at a point where almost one in four penalties are not scored.

Are goalkeepers and their coaches getting better at saving spotkicks? Has the increasing use of video and data analysis in the game helped teams to spot patterns and make better predictions? Have penalty takers become worse at finishing? Have new rules introduced to referee penalty taking been to the detriment of attacking teams?

Again, the statistics pose more questions than answers, but they highlight another dimension to the changing role of penalties in modern Premier League football. Taken together, the nature of penalties has changed quite dramatically. No longer are they a rarity in the game that when given dooms the defending team to conceding. The Premier League today sees more league goals come from penalties than ever before, more penalties are awarded than ever before, and penalty takers are far less successful from the spot than they were almost three decades ago.

With the emergence of VAR in recent seasons and the ongoing tactical evolution of modern football, the role of penalties will continue to change. Headlines will be written, criticism will be levelled, and fans will express joy or outrage on the terraces and social media. Whether the changing nature of penalties is beneficial or detrimental to the beautiful game is likely to be a continued topic of debate.