Karl Marx believed that capitalism contained the seeds of its own destruction, and whilst we are yet to see whether this is true or not, it is clear that our rigid political ideologies are certainly the cause of their own downfall.

Despite its best efforts, Communism was unable to stem the rising tide of wealth, innovation, and change. Through its State-driven process, and its endless five-year plans, it attempted to plot a path with no clue as to what may be around the next corner. Capitalism survived, and thrived, because of its ability to adapt.

Charles Darwin recognised this phenomenon biologically in the natural world with animals having to adapt (evolve) in order to maintain their existence on the planet. (Note that these adaptations were random and were not driven by the animals themselves).

Politically, we must learn this biological lesson. If you stay still, you fall behind, and eventually cease to exist.

END_OF_DOCUMENT_TOKEN_TO_BE_REPLACED 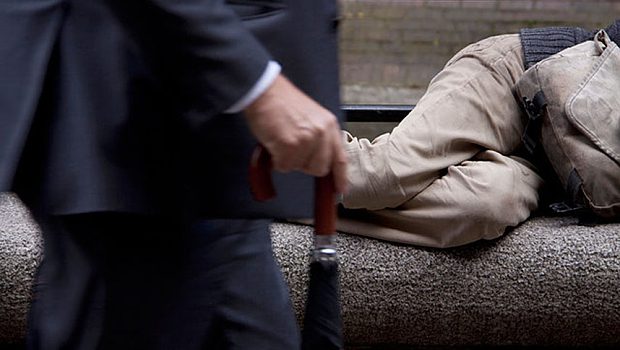 When you are walking in the wrong direction, the smart thing to do would be to stop, evaluate where you are heading, and change course if necessary.

To continue walking in the wrong direction is not progress, but idiocy.

For almost half a century we have confused the two, purposefully striding down a street that leads to a destination nobody wants to reach.

END_OF_DOCUMENT_TOKEN_TO_BE_REPLACED

These are the names of just five of the citizens that Brighton and Hove have lost in the recent months.

They had been calling the streets and the shop doorways their homes, but like more than 50 other homeless people in the last three years, they have been killed by the neglect of the local council and central government.

In an interview with The Argus in January of this year, Dr Tim Worthley, who works from the Brighton Homeless Healthcare centre in Morley Street, said that a “perfect storm” of cuts and rising living costs will claim even more lives.

At present, one homeless person is dying every two weeks in Brighton and Hove. These are deaths that are entirely preventable, but are continuing to occur.

END_OF_DOCUMENT_TOKEN_TO_BE_REPLACED

In 2011, during my second year of university, Time Magazine chose The Protester as their Person of the Year.

On the one hand this is a great cause for celebration as the millions of individuals committed to the struggle were, in some way, rewarded for their actions. The hours of work, the days of organisation, the minor victories; whatever it was, their efforts were now recognised, and praised, on a global stage.

One of the reasons given by Kurt Anderson of Time Magazine for choosing their Person of the Year as The Protester, was because protest had once again become “fashionable”. (So long as it was being conducted in the MENA region and toppling dictators).

But this representation of “the protester” did not sit well with me. No protester wants to be on the cover of Time Magazine, and if they do it would be for the wrong reasons.

END_OF_DOCUMENT_TOKEN_TO_BE_REPLACED

Despite the criticisms, the greed, the gluttony, and the rampant expenditure on unwanted or short-lived items, Christmas in the 21st century can still serve a purpose.

Though there are many aspects of a modern Christmas which are unappealing, and at times even damaging, it does not appear to be going anywhere any time soon, and for that reason, rather than fighting the festive mood, it may be best to embrace and subvert it.